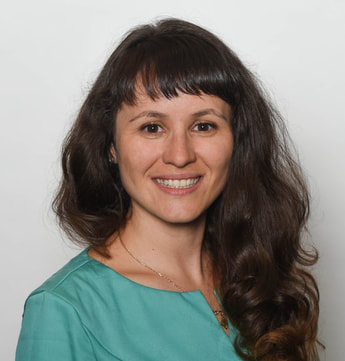 My name is Nadiya Kostyuk and my research interests lie at the intersection of international conflict and technology. Using a multi-method-approach that includes formal theory, experiments, and large-N statistical analysis, I examine: how domestic and international factors shape a state’s organizations, policies, and doctrines that deal with cybersecurity; the role the digital front plays in modern warfare; and how technology affects political conflict and violence. My research has been published (or is forthcoming) in the Journal of Peace Research, Journal of Conflict Resolution, Journal of Strategic Studies, Institute of Electrical and Electronics Engineers (IEEE), Cyber Defense Review, and several edited volumes and general-audience publications. My research has been supported by the Belfer Center for Science and International Technology at Harvard's Kennedy School, the Department of Computer Science and the Fletcher School of Law and Diplomacy at Tufts University, and the Cybersecurity, Internet Governance, Digital Economy, and Civic Tech Initiative at Columbia University's School of International and Public Affairs.

Most political science research in cybersecurity has focused on cyber operations; I have instead looked at cyber organizational and doctrinal changes and asked how states make decisions to create different types of cyber institutions and what impact these institutions have on the nation's security.  My dissertation, Causes and Effects of Cyber Institutions: Intricate interdependencies of domestic and international politics, shows that in developing cyber capabilities, nations emulate their allies and adversaries but that the institutions created often do not fulfill actual needs in cybersecurity; this has important national-security, economic, and peace implications. I also showed that while the development of such cyber institutions can sometimes deter adversaries, the public worries about the use of capabilities to conduct domestic surveillance and censorship. Thus the development of cyber institutions often occur at cross purposes with a nation's actual needs. These findings have important policy implications for how governments should incorporate new technology into their strategic military planning and broadens our theoretical, empirical, and practical understanding of how countries strategically use their cyber capabilities to achieve their domestic and foreign policy objectives. 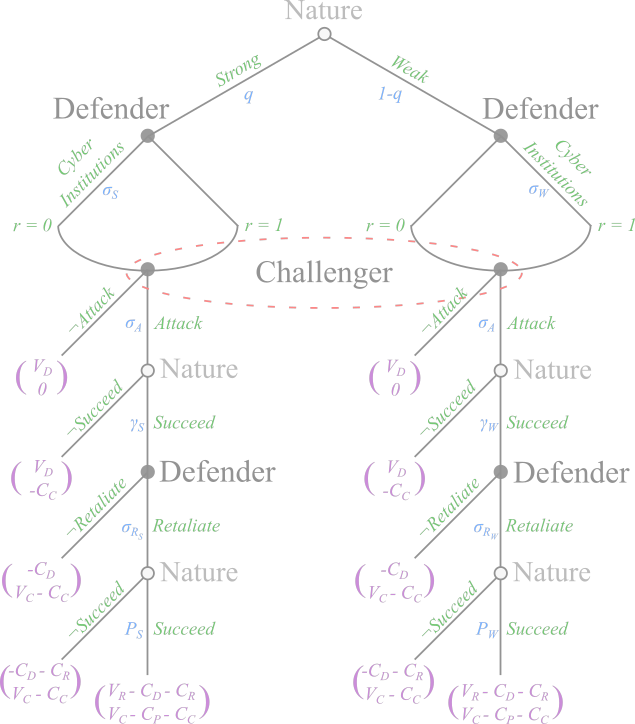 The figure above illustrates how cyber institutions --  defined as publicly observable efforts aimed at signaling a country's level of cyber offensive and defensive capability  -- can deter strategic cyber operations  (e.g., election interference, attacks against critical infrastructure objects) by the country's adversary. Even though deterrence by prevention and the threat of punishment only works in limited cases, states tend to sub-optimally over-invest resources in these institutions. In particular, weak cyber states tend to over-invest to convince strong cyber adversaries that they are strong, whereas strong cyber states over-invest so that adversaries do not believe that they are weak states pretending to be strong.
Link to CV:
http://www-personal.umich.edu/~nadiya/CV.pdf

We are quite proud of the graduate students graduating from our program and on this page we wish to highlight the ones that recently came out on the market.  This is mostly for them but it is also for us as well as we are honored to be associated with them as they continue their careers in the academy and beyond. 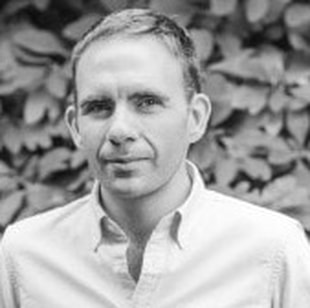 My general interest in repression and discrimination has lead to my current research agenda, which centers on the politics of policing. In a series of papers, I examine discrimination in police recruitment and oversight, the political effects of policing, and the effectiveness of domestic security strategies. My desire to better understand the politics of policing motivates my dissertation, a book-length project entitled Unequal Response: A Comparative Study of Police Violence. At the core of this project is a novel theory about public-led discriminatory policing informed, in part, by interviews conducted with domestic security agents. To test this theory, I use a variety of approaches including machine learning, audit and survey experiments, participant observation, and interviews with domestic security agents. My theory and results call into question existing policy interventions aimed at reducing discrimination in policing and contributes to the new interdisciplinary literature on comparative policing that is emerging in political science, sociology, economics, and criminology.
In a series of studies, I provide new experimental evidence of discrimination in the criminal justice system. This plot shows that American law enforcement administrators (i.e. police chiefs and sheriffs) discriminate against Blacks and Latinos in the context of a common citizen-police interaction - traffic stops. The vertical axis of the plot lists experimental treatments. The horizontal axis denotes the extent to which law enforcement administrators would endorse one of two policing actions: an officer beating a suspect and an officer issuing a speeding ticket. The outcome measures are standardized, so a change along the horizontal axis denotes a change in standard deviations. 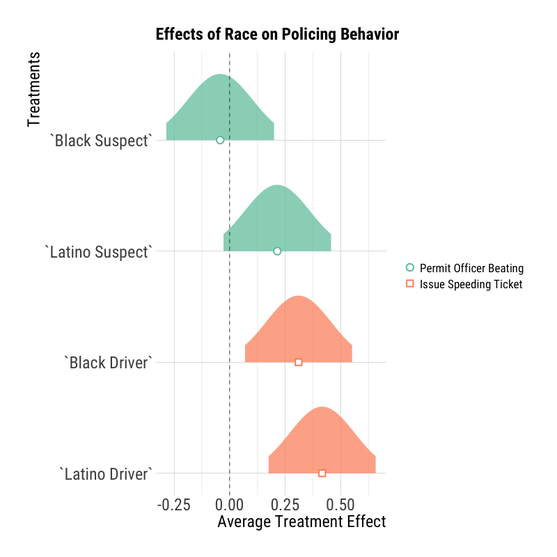 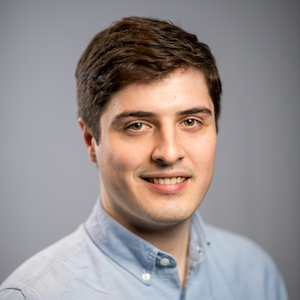 My name is Blake Miller and I am a Political Science and Scientific Computing PhD candidate at the University of Michigan. I will be joining the Dartmouth Program on Quantitative Social Science as a Postdoctoral Fellow in Fall 2018. My work centers on how information is manipulated by political actors to mobilize, influence public opinion, and change political behavior. Much of my work makes use of statistical machine learning methods to analyze political texts. My dissertation explores the political economy of information control in authoritarian regimes, with a focus on the Chinese case. Specifically, my dissertation explores how the Chinese government leverages private companies to aid efforts to restrict access to information, engage in mass surveillance, and selectively repress political opponents.

Outside of my work on information control in China, I am developing new methods for analyzing text as data using supervised machine learning. In co-authored and single-authored work, I demonstrate that active learning approaches to text classification can reduce the time and money spent manually labeling text corpora and has built software tools to facilitate the use of these methods by social scientists. I am also currently working on a project to explore how moral and emotional framing in US news media can mobilize individuals to support violence against outgroups.
The figure above is a network graph of Chinese government astroturfers and their predicted bureaucratic affiliation. Government astroturfers post propaganda messages disguised as ordinary citizens. These astroturfers and their bureaucratic affiliation are predicted using machine learning methods that leverage network and social metadata in a database of over 60 million Chinese news comments. 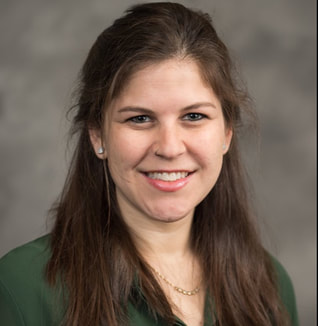 My name is Carly Wayne and I study international relations with a focus on war and conflict. Specifically, my research investigates the behavioral micro-foundations of political violence. My current projects examine the role of anger and vengeance in political reactions to militant threats, how disjointed decision-making units impact foreign policy formation, and the long-term political consequences of exposure to war and violence. This work is published or forthcoming at a number of journals, including Journal of Conflict Resolution, Journal of Peace Research, European Psychologist, Political Psychology, and Public Opinion Quarterly. My book, The Polythink Syndrome (with Alex Mintz), was awarded the 2016 Alexander George Book Award by the International Society of Political Psychology for best book in the field of political psychology. Though I explore broad cross-national trends in conflict, I also have a regional expertise in the Middle East and Israel-Palestine. My research crosses subfield lines, adapting theories and tools from the fields of American and Comparative Political Behavior to provide insight into how emotional and cognitive processes structure the behavior of both the mass public and political elites in conflict contexts.

In my dissertation work, Risk or Retribution: The Micro-foundations of State Responses to Terror, I interrogate the emotional mechanisms undergirding civilian populations' response to terror threats and how this constrains state policies and incentivizes militant tactics. I theorize that the moral outrage of citizens to terrorism is a crucial mechanism structuring militant group tactics and state counterterror programs. By constraining democratically elected leaders' policy options and encouraging retaliation, public outrage can indirectly fuel terrorism, leading weakened groups to increase their reliance on this easier tactic. To test this theory, I develop a series of four papers, combining experimental approaches with qualitative, formal, and empirical methods. Together, these papers contribute to a deeper understanding of the distinct micro-foundations driving state responses to terrorism, shedding light on key puzzles: why terrorism rarely leads to concessions, why governments seem to ‘overreact’ to terror threats, and why this retaliation may not succeed in reducing terrorism.
As one example of my work, in a series of experimental studies, I find that subjects are more supportive of vengeance after exposure to a terrorist attack, not because they feel more threatened, but, rather, because they believe terrorists deserve it. Preferences for violence in the wake of militant violence thus appear to be driven by a desire for retribution rather than the goal of reducing terrorism in the future.  This is shown in the figure below. 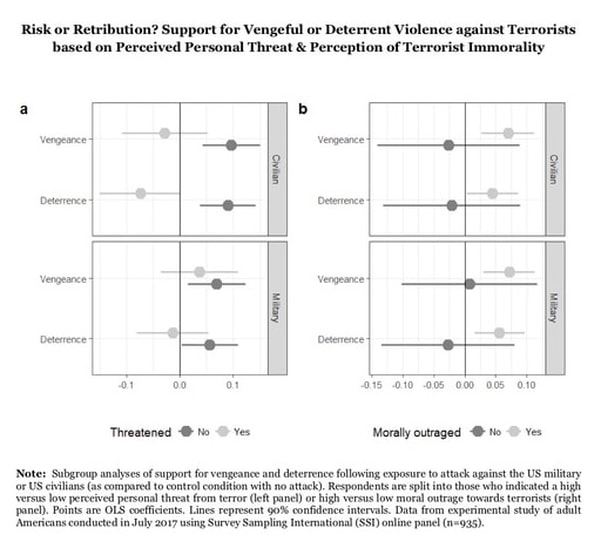